Small footprint living and design has been an obsession for us ever since we started making Never Too Small in 2017. What we have become increasingly interested in, is the role small footprint design can play in the future of our cities. In our new limited series, Small Footprint, our creative director, and creator of Never Too Small, Colin Chee, steps in front of the camera for the first time. We caught up with Colin to talk about the inspiration behind Small Footprint and the inspiring people he met along the way.

NTS: Tell us about how Small Footprint came about as a project?

Colin: About a year after I started making Never Too Small, I met Rob Adams, who was at the time Director of City Design at the City of Melbourne. He shared his vision with me for the future of Melbourne – one which saw the city not expanding a single inch beyond its current boundaries. His vision was all about making more of the buildings and resources we already have in our cities. The result being a greener, more walkable, more bike friendly, more inclusive and more culturally rich Melbourne. I was hooked. At the time I had also just finished reading Charles Montgomery’s book Happy City which is full of practical examples of how cities can be retrofitted to make them happier – things like playgrounds on rooftops instead of car parks. These ideas all started to line up.

And of course at the same I was still making Never Too Small and so speaking to architects and designers all the time. So many of them were excited about the way that these smaller homes were answering big challenges facing cities like increasing density, issues of affordability and, of course, sustainability. I really wanted to find a way to bring all of these ideas together. Then, an opportunity came up for some funding for YouTube channels via Screen Australia and Youtube and I thought – this is our chance. So we put together a pitch and the rest is history!

NTS: What can viewers expect when they watch Small Footprint? How is it different from a regular NTS episode?

Colin: Well first of all they’ll see me! I am so used to directing Never Too Small and being behind the camera that it was nerve-wracking for me to be actually on camera! But aside from that, we look inside a few homes like we do on NTS (and even revisit some familiar and favourite projects, like The Warren and Loft House), but then we gradually sort of ‘zoom out’. First, we step outside the home to really ask what else is needed in the communities, then neighborhoods and then the broader urban environments to make a well-designed small footprint home a happy and fulfilling place to live. We also look into what a small footprint approach really means – different ways we can do more with the space and land available to us to make city living more affordable, inclusive and sustainable.

This is really about how small footprint thinking and design can be used as a solution not just inside our homes, but all over our cities to make them better and happier.

NTS: Other than you, who else will viewers meet through Small Footprint?

Colin: We were so lucky to have access to some amazing people to tell the story of Small Footprint, both in Australia and elsewhere. Some of them are our key storytellers on screen and others were behind the scenes, but so generous with their time and knowledge and crucial to our process.

The ever-inspiring and generous Rob Adams, City Architect at the City of Melbourne, features in most episodes. We begin with Rob because, as I mentioned before, Rob was a big part of where my curiosity began on these issues and ideas. There’s another Rob too – Rob McGauran, founding director of MGS Architects, who is a passionate force driving real change in the affordable housing space here in Melbourne.

Our long-time fans will be pleased to see Nicholas Gurney (TANSU, Downsizers, The Warren, Tara, Yardstix, 5S) play a key role in the series. Nicholas Agius who made his debut on NTS in one of our first ever episodes with Cairo Studio. Brad Swartz (Boneca, Darlinghurst, Elizabeth Bay, Loft House, Basement Apartment) is another familiar face for regular NTS viewers. There are also some other new faces from the architecture and design community in Melbourne as well as some international perspectives from Jeroen Atteveld, owner and architect at Heren 5 (Loft Buiksloterham) in the Netherlands, and Paty Smith who brings her perspective from her work with the Happy City team led by Charles Montgomery who was so important in inspiring this whole journey with his book!

NTS: What was the most surprising thing you learned while making this series?

Colin: Just how much wasted space there is in our cities begging to be put to better use. But what I think Small Footprint shows, thanks to the people and projects we feature, is just how much potential these spaces have. There’s a lot that’s wrong with our cities – and even Melbourne, which has been named the world’s most livable city several times over. We have a lot we need to change and improve.

But we didn’t want this to be a series about doom and gloom. We wanted to leave people with a sense of hope because there are people out there with the imagination and the right values and ideas to design better cities for us. So if we invest in the right people and projects, choose to put the right values first, and become smarter about using what we already have instead of building more and more and expanding more and more, then the result will be much better and much happier cities for everyone.

Episode 1 of Small Footprint: Designing Happier Living premiered on October 4, 2021. It is a six-part limited series with episodes releasing on Mondays at 4.30pm (AEDT or Melbourne time, if you prefer). Subscribe to Never Too Small 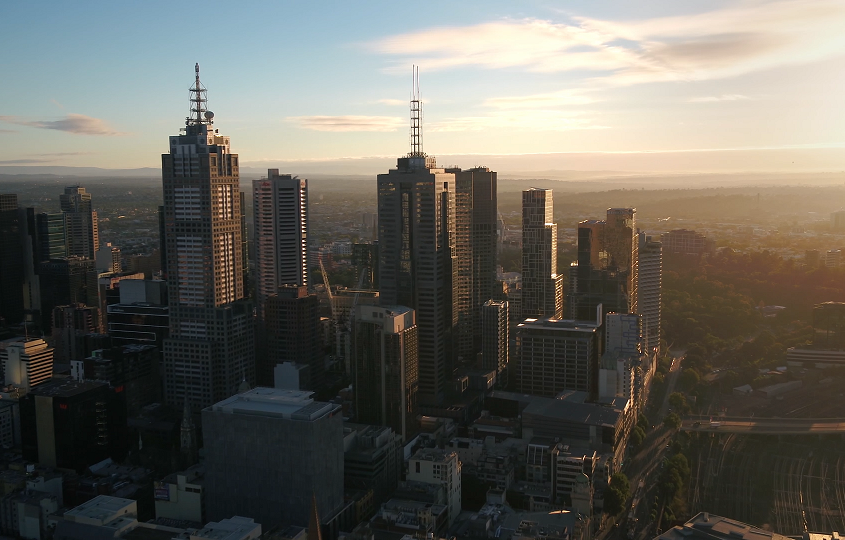 Housing affordability is a challenge reaching crisis point here in Melbourne and in many cities around the world.…