Housing affordability is a challenge reaching crisis point here in Melbourne and in many cities around the world. We’re excited to introduce Laura Phillips, a friend of NTS and a passionate advocate for sustainable and urbanism and equitable housing, to share her perspective on how housing markets like Melbourne’s have come to prioritise profit over people and how we might design a different way.

Earlier this year, I tried to buy a house. My partner and I hoped to buy a house one quarter the size of the family home I grew up in, but for five times the price. In one Zoom auction, despite spending hundreds of dollars on building inspections and damp assessors to quote how much it would cost to make the unrenovated Victorian terrace liveable, let alone energy efficient and thermally comfortable, we were outbid again, with the house selling for $200,000 over the reserve. The investor, who the real estate agent confirmed had never seen the property, would likely be passing the health risks of the house straight onto his future tenants. While the situation felt outrageous, it is in no way unique. Being priced out is a well known feeling around the world for buyers and tenants alike.

COVID-19 has transformed where we live and work, yet a lack of housing affordability remains a critical challenge. Despite flexible work enabling city dwellers to seek a change of scenery, housing markets across the world barely dipped throughout the pandemic. In spite of extended lockdowns, slumps in economic growth and spiking unemployment rates, some housing markets actually experienced record price rises, with the market in Australia seeing the steepest rise in house prices in 17 years.

It is projected that over two thirds of the world’s population will live in cities by 2050. The increasing demand for land in well-connected areas, which is close to employment, public transport and community amenities such as green open space, schools and fresh food is exacerbating the tension between needing to house a growing urban population, while trying to minimise our impact on the natural environment.

Housing is already unaffordable in inner urban areas from Melbourne to Auckland, London to Toronto and is increasingly becoming so in small and medium cities across the world.

Specific fiscal policies, economic factors and land use regulations play different roles in each context, however the global financialisation of housing is a common thread that links each affordability crisis. Since the rise of global finance in the 1970s, there has been a radical divergence between incomes and house prices across domestic economies, while at the same time social security programs, including building and maintaining social housing, have been in decline. Low interest rates and cheap debt have compounded this trend to fuel record price rises over the last decade. As a result of these combined factors, the cost of land has exploded over the past 50 years as housing is increasingly treated more as a speculative financial instrument and less in accordance with its fundamental purpose, to provide shelter from our increasingly changing physical environment.

Housing is already unaffordable in inner urban areas from Melbourne to Auckland, London to Toronto and is increasingly becoming so in small and medium cities across the world.

Leading entrepreneurs and designers have met the deepening affordability challenge with creative ways to more efficiently use limited urban land to create small footprint housing that supports functional, well-connected living. Living in a smaller space reduces the cost of land as well as the materials and energy used to build and operate the space, with the cost of energy, transportation and the time cost of commuting often being overlooked elements of housing affordability. Good design demonstrates how small footprint homes can provide occupants with the same, if not heightened, quality of life as larger housing typologies, with ample access to natural light and air, green aspects, visual and acoustic privacy, thermal comfort and dynamic use of space to support a variety of family structures. A lot can be achieved in a small space that maximises functionality and minimises our impact on the natural environment.

Design-led approaches complement the efforts being made across the world to counter global financialisation and democratise housing. Community-led initiatives such as Community Land Trusts in the U.K. and new development approaches such as cooperative housing in Switzerland strive to reduce the speculative margin applied to the cost of land. Encouragingly, there is a growing body of local policies that aim to reverse inflationary market effects with interventions such as rent caps in the Netherlands, inclusionary zoning in the U.S., prohibiting holiday rentals in Barcelona, expropriating corporate landlords in Berlin and, critically, building and subsidising social housing in Vienna. While no single policy has solved the housing affordability crisis, these hard-won shifts, born from tireless community campaigning, are a move in the right direction to achieve more equitable access to safe and secure housing.

Design-led approaches complement the efforts being made across the world to counter global financialisation and democratise housing.

Achieving affordable housing requires political activism, as land itself is deeply political. Land provides for the physical organisation of financial and electoral power within our society and, as such, housing policies will always reflect what is most electorally advantageous. Entrepreneurship and design alone cannot overcome the systemic causes of the global housing affordability crisis, yet campaigns such as Australia’s Everybody’s Home and Canada’s Vote Housing, are emerging to organise, raise awareness of and advocate for equitable housing policies in their respective jurisdictions.

In order to achieve a system that meaningfully supports environmentally sustainable and socially equitable housing, communities must campaign and ultimately vote for policies that place residents, rather than finance, at their core. 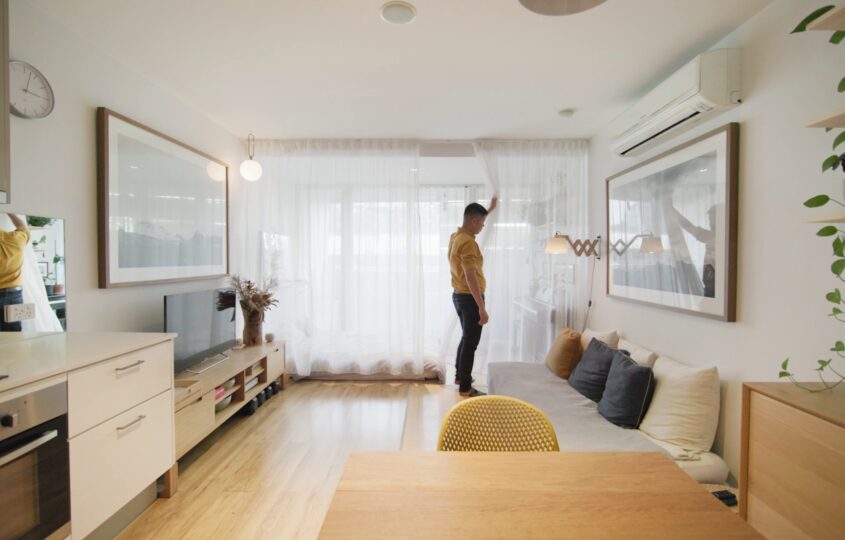