Situated on the banks of the Tamaki River river in Otahuhu, Auckland the connection to the outdoors was key when designing the unit, driving the decision to place the lounge, a small dining area, bedroom, and office nook closest to the riverside, making the most out the view and the light from the sliding doors.

A laundry, kitchenette, and a bathroom were placed furthest away from the riverside, in the entrance area. A powder-coated steel L-shaped cabinet, inspired by the muddy colours of the river, creates privacy and intimacy for the bedroom without closing it off completely, whilst also doubling as storage for both the bedroom and living area.

There a small semi-circular table sits next to a custom built-in two-seater couch, it’s design avoids breaking the flow of the space, while also allowing it to be relocated.

Borrowing an organisational feature directly from the shakers, Raimana included a continuous wooden peg rail that runs the perimeter of the lounge and bedroom. Creating additional storage space and a framework for the occupants to add their own touches without fixing things to the walls. 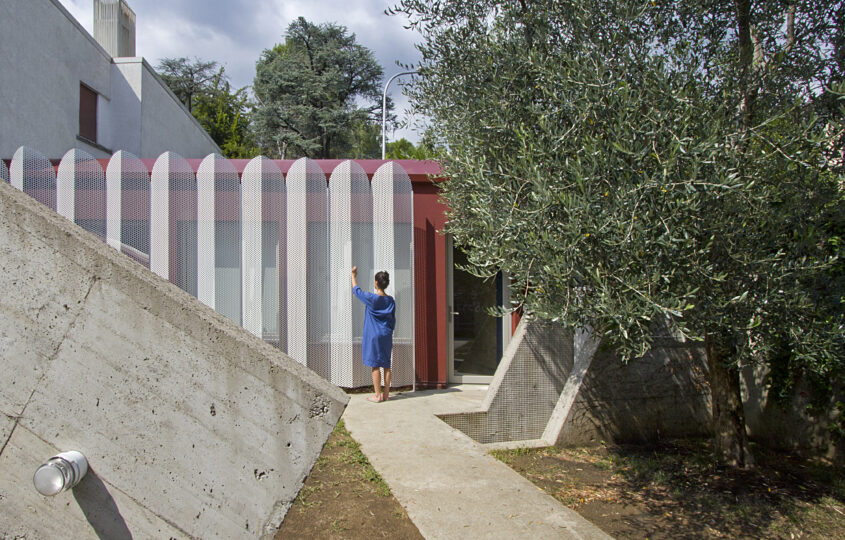 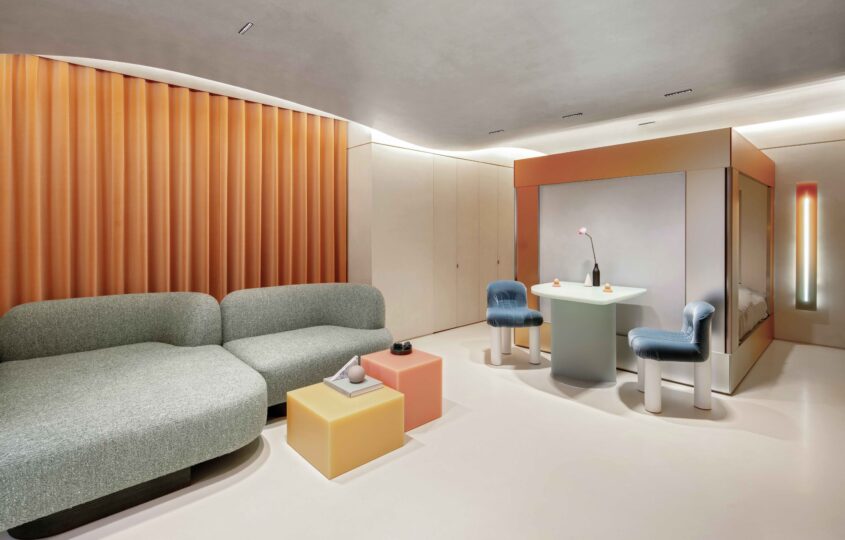 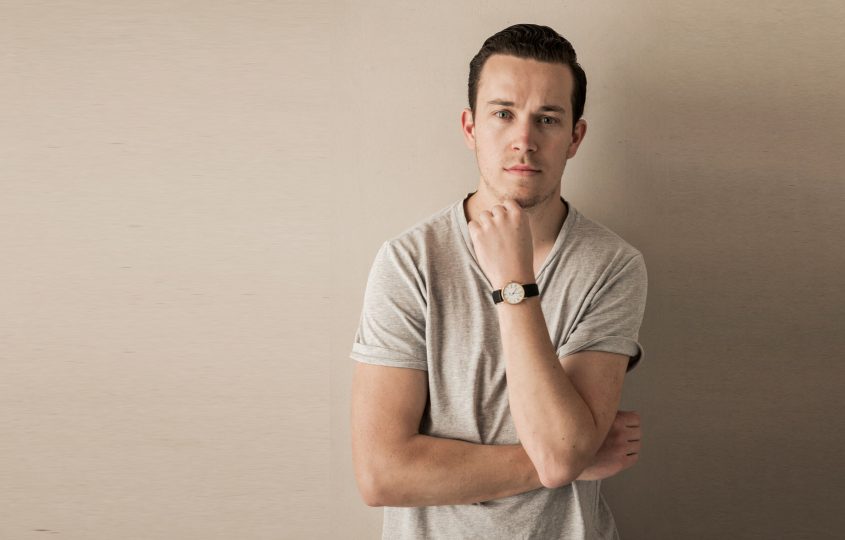 Inspired by and named after traditional Japanese Tansu cabinetry, this 24sqm small apartment was completely rearranged by Nicholas…