Meguro Ward, Tokyo is home to a unique and compact residence designed by architect Motoki Yasuhara.

The shape of the site the land is built on looks like a flag and pole. A common lot shape in Tokyo. Because land prices are high, they are often divided into smaller lots that are relatively easy for ordinary people to buy. The flag shape is created as all residential lots must be connected to a road.

The three storey building, owned by Californian expat David Sun and his family, is situated in a popular residential area close to the city center. Its exterior, featuring a staircase and two doors leading to the different levels, has a facade described by Sun as ‘mysterious’.

Despite its small size, the interior of the house is cleverly designed to make the most of the space available. The entrance hall on the second floor, for instance, also serves as a study space. The living area features an opening in the ceiling to let in natural light, and the walls are finished in silver-painted lauan plywood, adding to the sense of light and space.

The kitchen, which takes up a significant portion of the second floor, is fitted with professional grade appliances and features a modular shelf system and a kitchen wagon that can be drawn out to create more counter space or serve as a table. The toilet, located next to the staircase, has a window to let in light and air, and there is a small closet between the toilet and the staircase for clothes storage.

The third floor features a small bedroom, shower, and loft space. The bedroom is raised slightly above the shower room, with a gap between the two to let in light. The shower room is also designed to maximize light, with a white wall and a rounded sink counter. A ladder leads to the loft space, which is flooded with light from a skylight in the roof.

The house also includes an outdoor bath and deck area, which serves as a transition space between the indoors and the garden. Plants are strategically placed for privacy, and the garden itself is built on an interlocking fiber system to lighten the structure. Despite its compact size, this house is a unique and beautifully designed space that is perfect for its owners and their young son.

As stated by Yasuhara, “It is difficult for the young generation to acquire a plot of land of sufficient size in central Tokyo, but such a small, deformed site is possible. With a unique idea, they can have a lifestyle that can only be experienced in that city while maintaining a relationship with the surrounding urban environment and neighborhood. Japan has a tradition of significant urban habitation which many architects have created. I believe that the role of the contemporary architect is to develop new forms of urban living while continuing this tradition.” 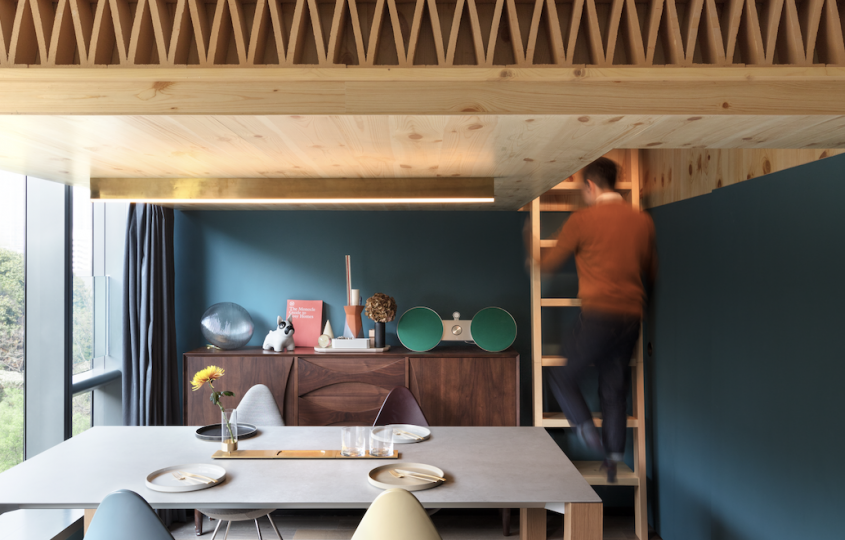 Architect Nelson Chow created a unique, playful sense of space that maximises its panoramic forested context within a… 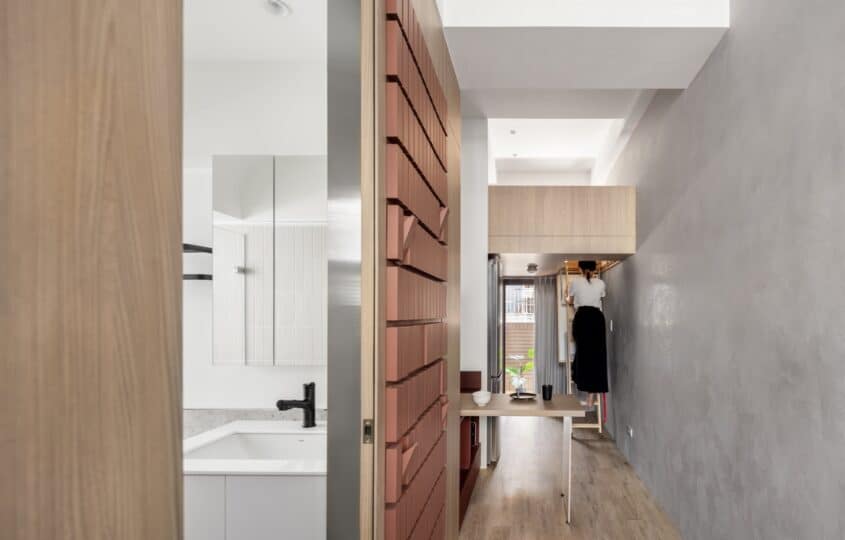 Set in one of the oldest urban areas of Taipei city and inspired its traditional colours, the team… 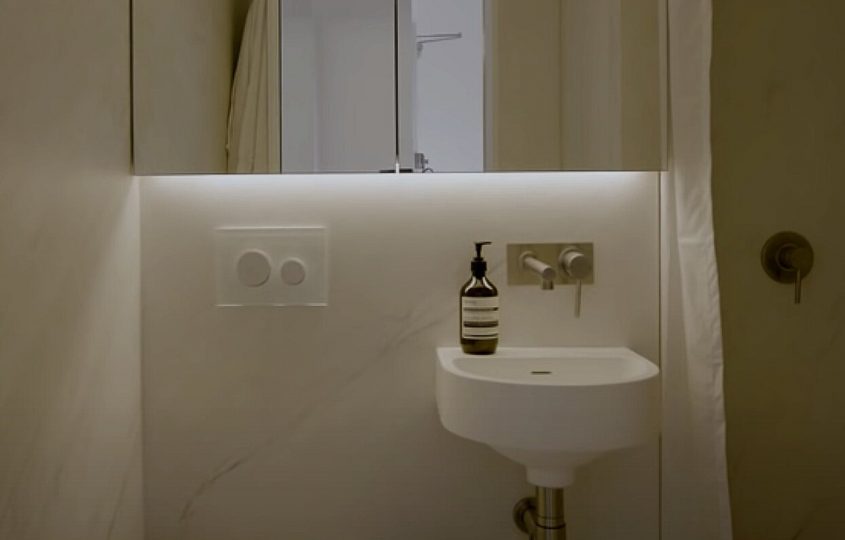