Nicholas Gurney is an in-demand Sydney designer who specialises in transforming and enhancing small spaces with human centred utility, so we caught up with Nicholas to talk key considerations in conceiving compact but brilliant bathrooms.

If you’ve ever been involved in redesigning your own small bathroom then you’ll know it can feel like an unwinnable game of Tetris; poring over hand drawn plans for hours, shifting and switching the shower, toilet, basin and maybe even a washing machine about, agonising over the perfect layout. It might have felt like just an inch of more space would have solved all of your problems. But Nicholas, a passionate advocate for small footprint living and design has a different take.

I’d confidently advocate that a small bathroom can be more functional than a large one. Comparatively speaking, a small bathroom incurs less negative space and as the constituent parts of a bathroom are principally universal in scale, suffers no loss of function,” he says.

With this reality, Nicholas explains, one is uninhibited to focus on the practical considerations of layout, manipulation of light and ventilation.

“Often, we will subtract floor space in an effort to amplify the intensity of use and improve functionality with the insertion of bulk storage or a concealed laundry.”

Nicholas also advocates for, as he does in all his design work we have been exposed to, addressing function first before considering materials, fixtures and fittings.

“Once the amenity is realised and the spatial organisation is realised, you can dress up the space,” he says.

I think too often we think about aesthetics too early, purely for the point of applying materials.”

But when the spatial organisation and utility is settled upon, he adds, you then can make a correlation between the owner and their personality and apply materials to that.

It is a salient lesson, as selecting tiles and tapware for most of us certainly holds much more appeal than shower and toilet Tetris. But, if we resisted the distraction of the shiny things – the “face of the design” as Nicholas labels it – and instead invested equal or more time in considering the functionality of our available space, we would undoubtedly make more intelligent decisions about how to reimagine it.

Nicholas’s skills in transforming spaces to respond better to the needs of the humans that occupy them is why people are drawn to work with him. It’s an approach informed by his industrial design background and honed in a practice focused on small footprint design.

When Nicholas enters a small bathroom or any small space for the first time, he says he knows the solutions are already inherent within that space.

Immediately the design of small spaces unwraps itself simply by being in the space and ‘listening’ to the space,” he says.

If you have a very tall space, he explains, then you don’t need to use the walls, you use the floor or you use the ceiling space.

“But if you have a space with a very small footprint and low ceilings, then you need to be careful not to add too much bulk to the walls.”

While Nicholas is responsible for designing not only brilliant, but beautiful bathrooms (as is evident in the pictures above) his chief interests are functionalism and utilitarian design. Minimalism and reductivism are also recurring themes in his design work and concepts that Nicholas continues to explore.

“I realised early on when I chose to go live in the middle of the city and became fascinated with how people live, that we would be living in a period of reduction going forward and in every facet of our lives we would need to reduce our footprint on the planet and that starts at home I think,” Nicholas says.

I want to work in a space where we solve problems for need rather than want.”

It’s an ideal starting point when contemplating the overhaul of a compact bathroom: it is by nature a utilitarian space after all. While some of us might harbour fantasies for a freestanding bath and his-and-her basins, when it comes down to it, our needs truly are much more simple.

Colour – Nicholas uses a bright white colour palette in the bathrooms within both The Warren and Tara to amplify the sense of space and reflect available light.

Light – The concealed strip light above the shower recess in the Tara bathroom adds an unexpected ambience. The frosted glass door also affords the bathroom privacy while also allowing the bathroom and living space to borrow light from the living space and vice versa.

Storage – Nicholas takes full advantage of the generous ceiling height within The Downsizers bathroom  to add in attic style storage for luggage and the residents’ wine collection.

Material – The small white tiles used from floor to ceiling in the Tara and Yardstix bathrooms (and even across the floor in Tara’s case) create a pleasing geometric pattern and its continuity and repeating nature cultivate an illusion of greater space.

To learn more about Nicholas Gurney and his wonderful work, visit www.nicholasgurney.com.au and follow Nicholas on Instagram: @xs_sml. 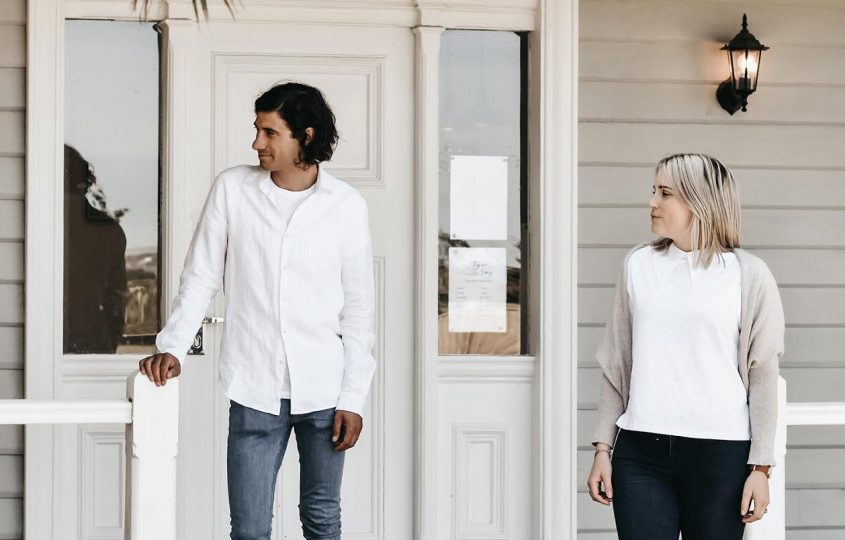 In our ‘small living with’ series, Never Too Small goes in depth with the creative minds behind our… 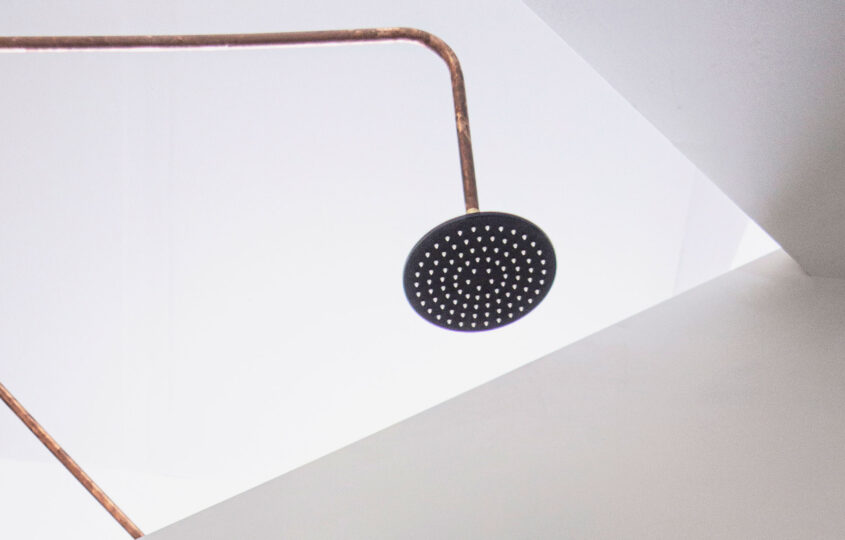 If you’ve been with us from our early episodes or have worked through our back catalogue, Melbourne based… 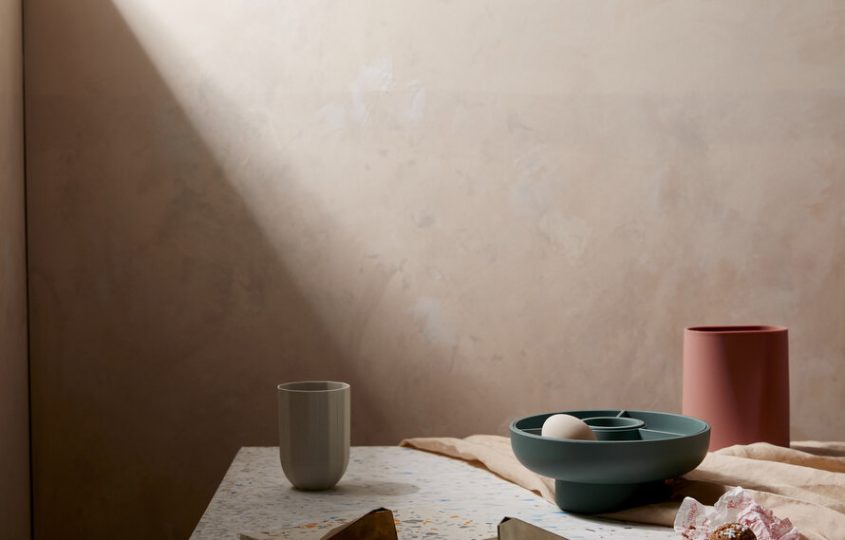 Adam Fairweather and Rosalie McMillan want to change your perceptions about waste. The design duo behind UK materials…

We have fresh stock in our store of ‘Reimagining

Our most recent episode features our studios and s