Finished in 2004, the building is used for commercial and residential purposes. The owner travels frequently, and when at home enjoys a cosy, warm space to work, cook, rest and play.

When Designer Pil took on the challenge of creating this home for his client, the floor plan was a single-bedroom apartment, the bedroom was behind a wall with a sliding door entrance. Designer Pil deemed the wall unnecessary and removed it, opening up the floor plan and simplifying the kitchen layout to create more space for living. It is however still quite large given the space, a nod to the owner’s love of cooking and entertaining. Large slab tiles provide delineation between the kitchen and living zones and allow for easier cleaning of the kitchen area after use.

As you enter the studio there is a short hallway before the main studio living area. All of the storage in the studio is within the floor-to-ceiling closet, which sits along the right wall.

Custom built from plywood and stained in walnut, the storage unit starts from the shoe closet at the entrance and runs all the way to the bedroom and is deep enough for a washer & dryer, and a styler (very common in Korea), which have all been cleverly placed toward the entrance and away from the bedroom to reduce noise when sleeping.

Dividing the bedroom area and the living area is a walnut wood partition, its slats inspired by traditional Korean wooden doors. It partially blocks the view of the bed, from the entrance,  but still allows light and air to flow through.

The office is integrated into the corner of the bedroom. The desk and shelves are mounted on the wall to give it a seamless look.

Unlike the rest of the studio, the bathroom has a warm but bright tone.

Designer Pil chose not to have light coming directly from the ceiling, instead, LED’s were installed along the edge of the lowered ceiling,  so the light would bounce off the walls and create an ambient soft feel to the space.

Designer Pil sees a lot of potential in small spaces saying ‘with careful design it can accommodate for various lifestyles and can become unique spaces. It’s important to upcycle these studios so we can have more housing in the future. It is more sustainable to use the spaces we already have than to create a whole new space.’ 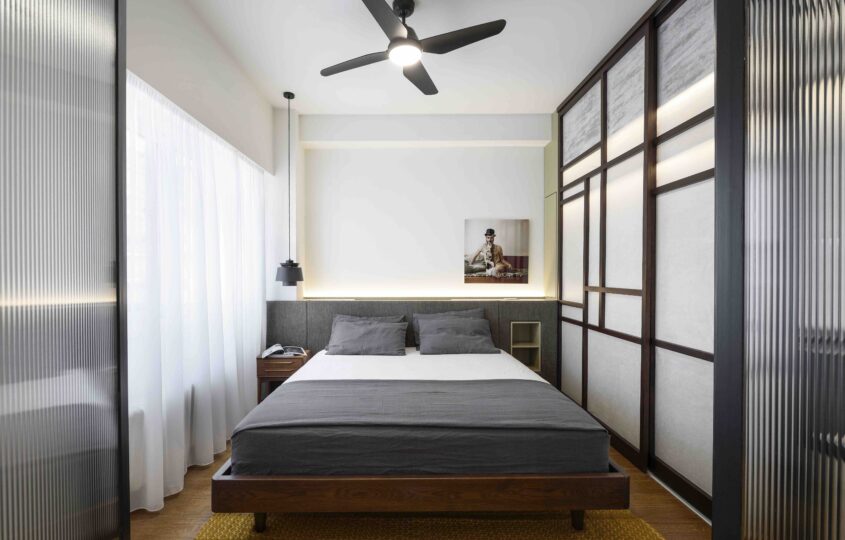 This apartment is located in the downtown Athenian Quarter of Kolonaki, close to center of Greece’s capital. The… 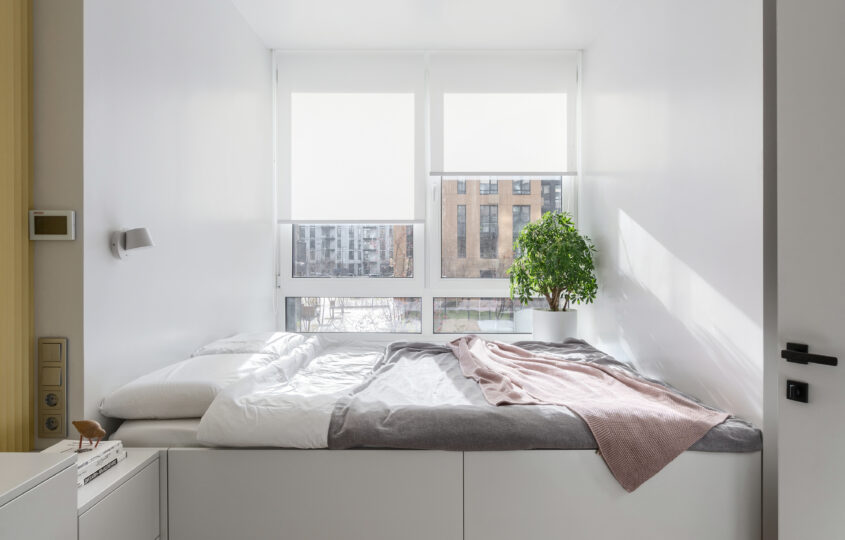 This episode was filmed on February 12th 2022, 12 days before Russia’s invasion of Ukraine. We have been… 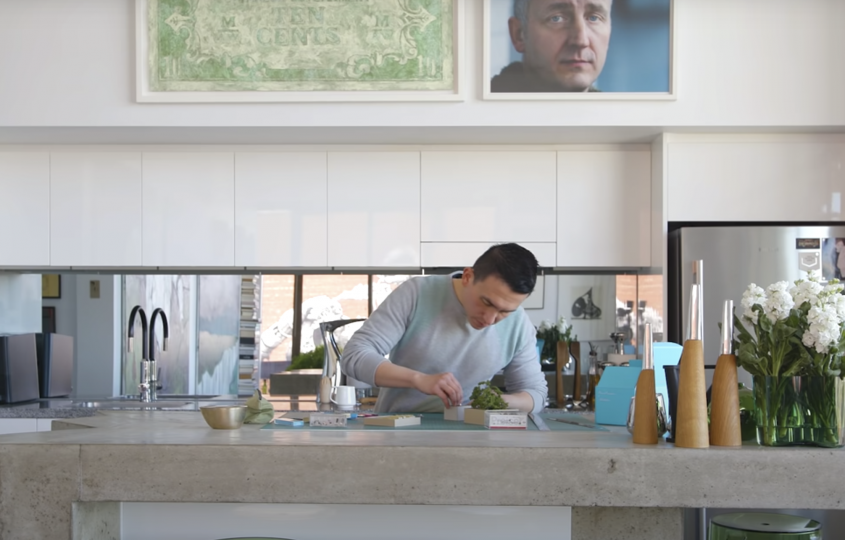