In the oldest neighborhood in Athens, Plaka, just minutes away from the Acropolis, Elena Zabeli and Katerina Chryssanthopoulou from Architectural firm MoY Studio have created a splendid 50sqm home with two bedrooms, a living room, a dining space, a kitchen and a comfortable bathroom.

Originally a very typical, one-bedroom apartment when the architects took the brief it was empty and in a bad state. The previous owner had started a renovation with half of the apartment torn down, including some interior walls, the kitchen, and the bathroom.

MoY altered the floorplan considerably to include a new bathroom and kitchen as well as an extra bedroom. The living room and main bedroom space, which occupy half of the apartment, were already clearly defined and were left in the same location. The other half was undefined so the Architects planned a compact layout with a small bedroom at the end, followed by the bathroom, dining space, kitchen, and entrance.

Upon entering the apartment the kitchen is to the immediate right and opposite it the dining space. Then further to the right, the bathroom, and the small bedroom. Immediately to the left are the living room and main bedroom. But it is the kitchen, resplendent with its feature colour that gives the home its name that draws the gaze.

Its depth creates a deep threshold for the entrance. Its feature colour is floor to ceiling and all the necessary appliances (fridge, washing machine, microwave oven) are hidden behind cupboards with the lower cupboards painted burgundy to match the existing terrazzo floor. The upper cupboards and backsplash are painted a bright pink with the kitchen counter made of dark pink marble with white veins from one of the oldest quarries in Greece.

The main bedroom is a large sunny room that has been white-washed to enhance its luminosity. The built-in wardrobes were restored and whitewashed with a playful pink sphere-like handle added by the Architects. In keeping with the theme, the interior of the wardrobes has been painted pink. The bed is simple and white with storage inside and its headboard and wall have been painted burgundy and topped with marble creating continuity between the kitchen and bedroom.

The smaller bedroom is reached through a sliding semi-transparent panel and consists primarily of a bed on a raised platform leaving just a small stepping spot at the foot of the bed in order the access a small back balcony. The sideboard in the second bedroom is also topped with marble.

In a city where history is so visible, where ancient ruins are scattered throughout suburbs alongside modern buildings, the Architects have a strong sense of the past and the present.

“We think that giving a second life to abandoned or unused tiny spaces sends a clear message about a more sustainable approach to city living. Through careful, custom design these spaces can attain their full potential and can teach us to use our existing resources in the best possible way and that we don’t need that much space in order to live well. It’s all about quality, not quantity!“ 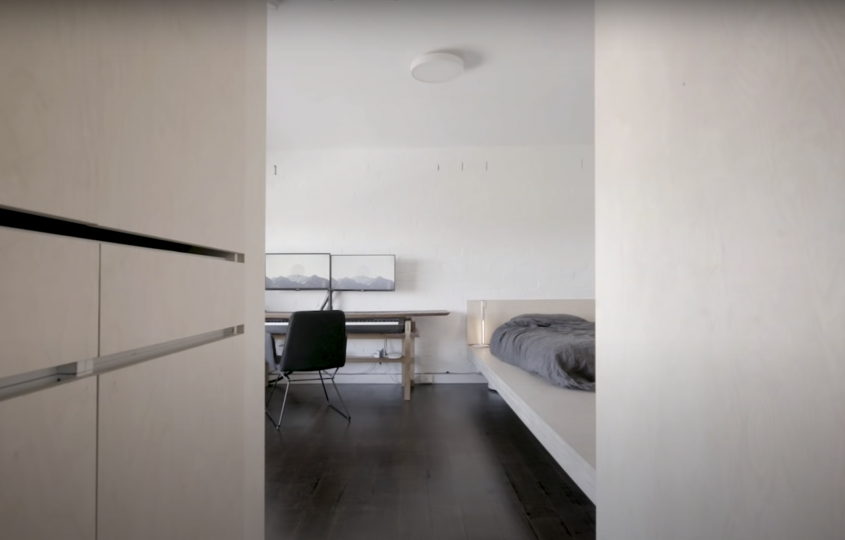 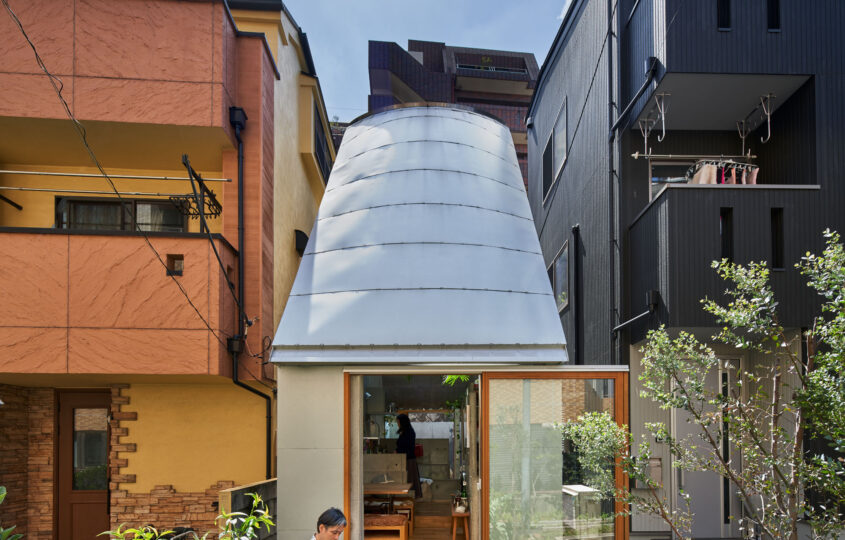 Set on a 31sqm plot of land in the central Bunkyo district of Tokyo, the uniquely shaped Love2… 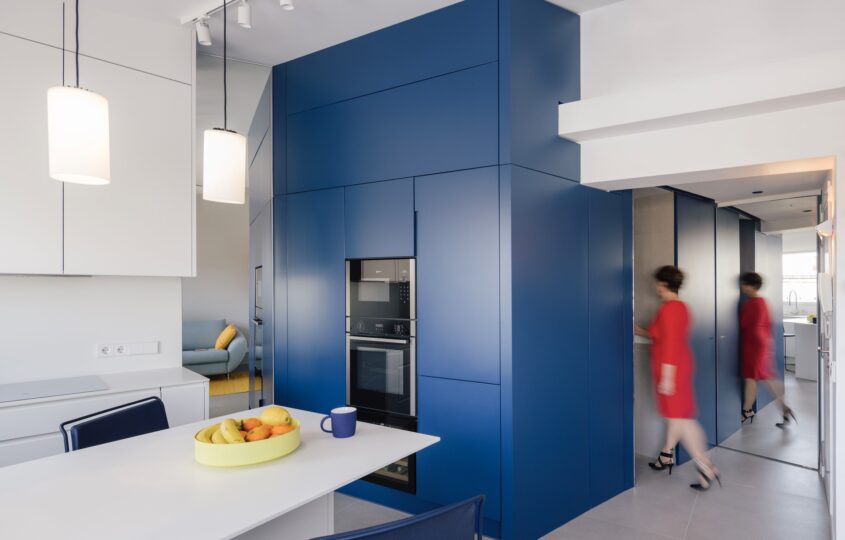 The brilliant Sola House, which is situated in the bustling neighbourhood of Sol in the heart of Madrid,…