Located on the outskirts of Paris, this 50sqm apartment is home to a family of five. Once a run-down one-bedroom apartment comprised of multiple mono spaces including a separate kitchen, L’atelier – Nomadic Architecture Studio reworked the floor plan to create an elegant mix of open living and private areas.

L’atelier, edited the floorplan by removing the wall that divided the living room from the hallway but kept the bathroom and kitchen in the same place, adding an office that can be entered via the kitchen. A sleeping area was added to sit underneath the office and another sleeping area was built above the bathroom.

A floor-to-ceiling closet made from OSB sits directly to the right of the entrance, providing a hiding place for coats, shoes and umbrellas. The living area is a bright open space with a custom-built couch that houses storage tucked below. At one end of the room, a large storage closet provides further storage.

The kitchen is to the left of the main entrance. All of the appliances and storage sit along one wall to reduce clutter. The kitchen was purchased from Ikea, but customised facades, handles and countertops provide continuity with the remainder of the finishes in the apartment which is primarily polished pinewood. The kitchen houses the dining room table which can be extended to seat up to eight people.

The small door in the kitchen has a three-step staircase that leads to the office (formerly a bedroom).

The remaining two rooms are both bedrooms. Through the clever use of space, L’atelier has been able to have two double beds in one room. One takes advantage of the high ceilings and is placed high above the ground and accessed using the ladder and sits above the bathroom which is directly below.

The other bed is next to the window and sits directly below the office space. A bedside table was also created using the dead space under the staircase in the office.

The parent’s bedroom is located on the other side of the living room and despite its modest size receives plenty of light.

The original bathroom was facing the living area. L’atelier decided to create two different rooms. The first has a sink, storage and washing machine and the second is more intimate with the toilet and shower, allowing both rooms to be used at the same time.

As the population continue to rise, and the migration to cities continues, smaller homes for families continue to become a reality. Paris is not exempt, but with architects thinking creatively about how to get the most from small spaces, families, for now, are in good hands.
As L’atelier say, ‘We think that renovating what already exists is a stepping stone in architecture nowadays. The already existing city gives many opportunities to operate in its fabric without demolishing the existing heritage’. 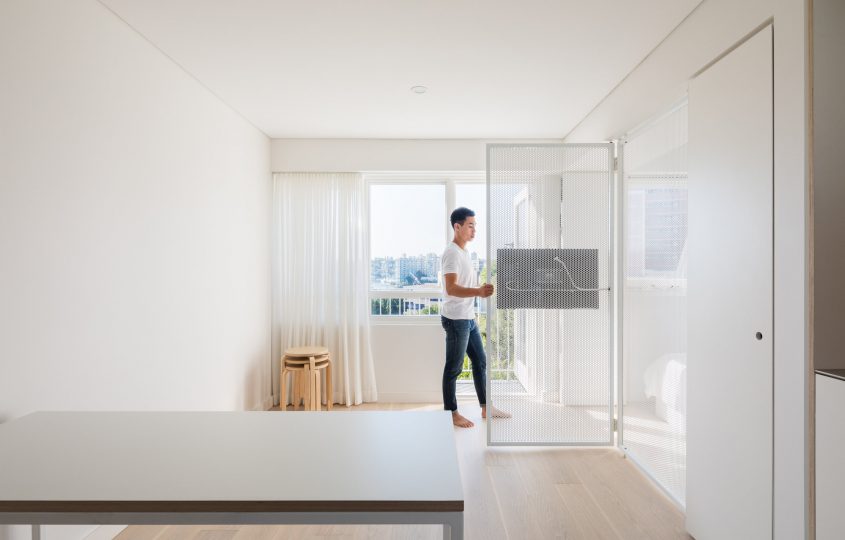 Tara was designed around large fluid spaces and compartmentalised, functional storage and furniture. 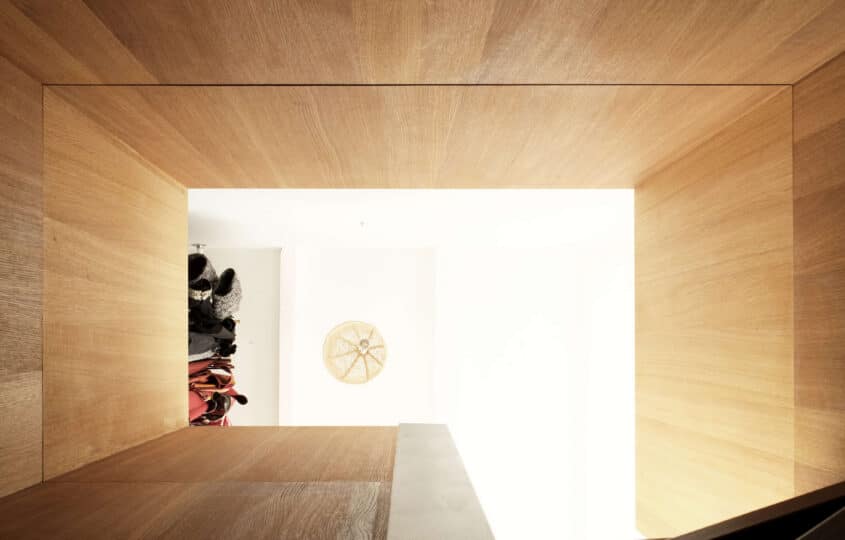 Located inside a former public housing block in the quiet but central neighborhood of Spaarndammer in Amsterdam, Tiny… 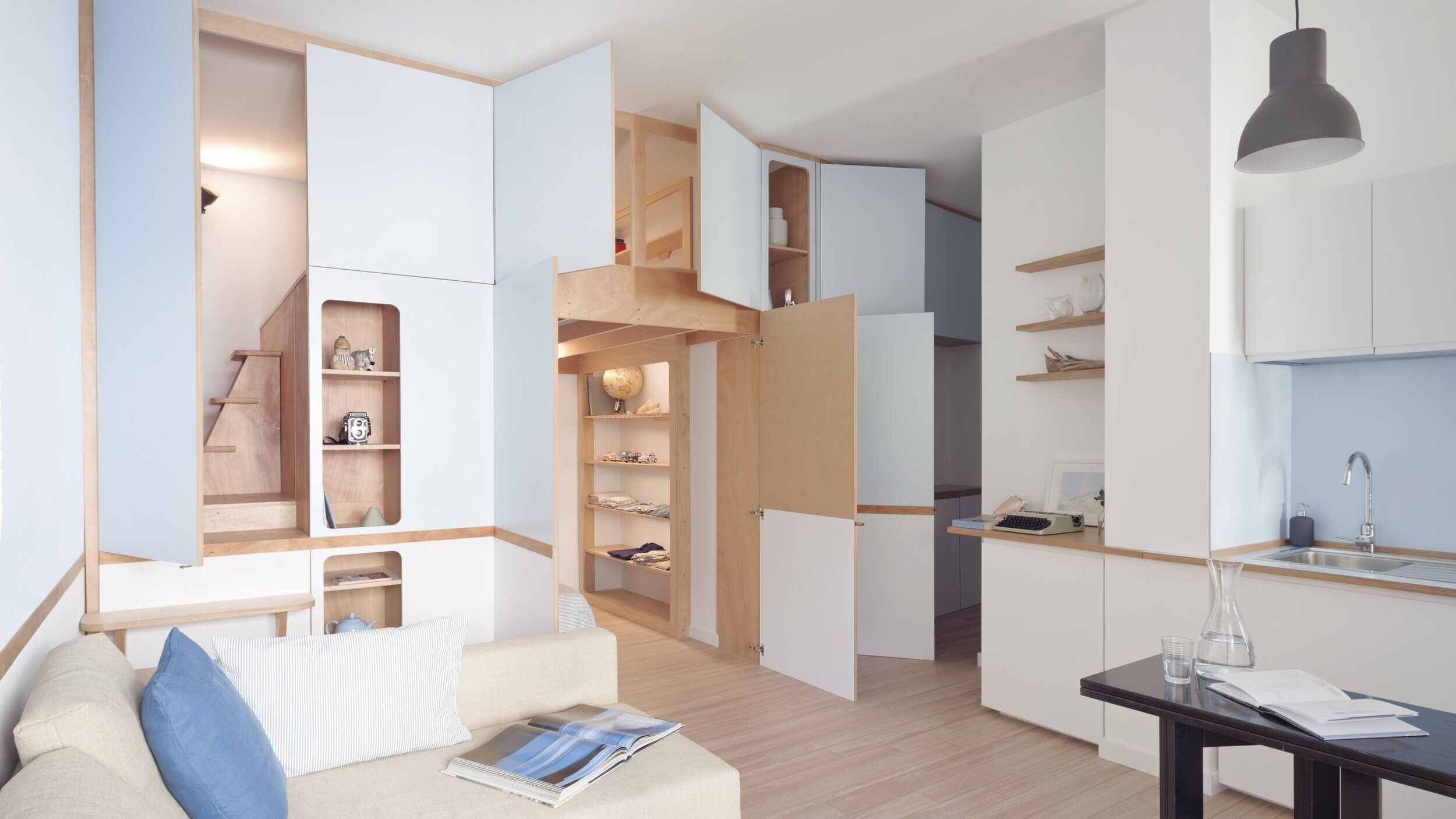