Industrial and interior designer Nicholas Gurney approached this 27m2 studio apartment with one goal in mind, to conceal all of its functional requirements, sleeping, cooking, working and storage into a single joinery unit along the external wall.

This mid-century apartment is located in Rushcutters Bay, right on the doorstep of Sydney’s CBD. The client was inspired by Gurney’s previous work, Tara, but had specific ideas around how the space could be utilised based on his own needs. While the upgrade to the apartment is clever and significant, there was only one change to the existing layout, the original built-in cupboard that divided the entry door from the kitchen was removed creating a studio space where the only private area is the bathroom.

Living and dining areas flow into the kitchen area towards the balcony each space is defined by its furnishing, a simple sofa facing the television, a dining table and chairs imported from Germany by the owner when he moved to Australia.

The client works entirely from home and needed a substantial workspace yet wanted the ability to be able to shut off from work at the end of the day. A sliding panel was devised to close off the office niche and reveal the murphy bed, elegantly transforming the area into the evening.

The L-shaped kitchen makes use of where the existing utility services were and supports the integration of new and modern appliances. Integrated lighting is fitted underneath the overhead storage in the kitchen.

A glass door divides the studio space from the bathroom allowing natural light to penetrate the bathroom into the studio. At a very challenging 2.5m2, any light is welcome to help brighten what would otherwise be a very cramped, dark room.

The shower sits in a small alcove, Gurney developed a 3-panel folding shower screen system which increases the size of the shower when the panels are opened.

With a style that’s becoming recognisable among tiny apartment aficionadas, Gurney’s client-centric reductive approach ensures that functionality and purpose are at the centre of everything while acknowledging the architectural intent of the original architecture. 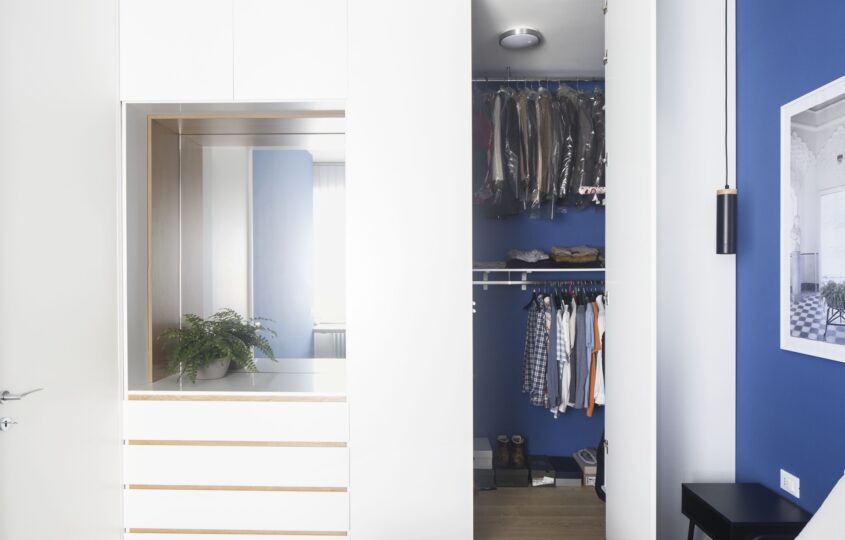 Untouched since its construction in the 1950s, Luini, a once poorly organised small apartment located in central Turin… 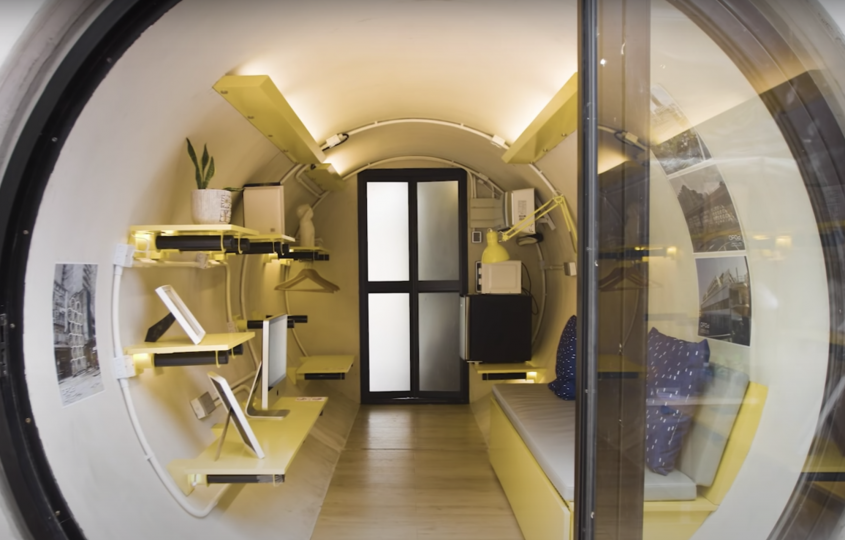 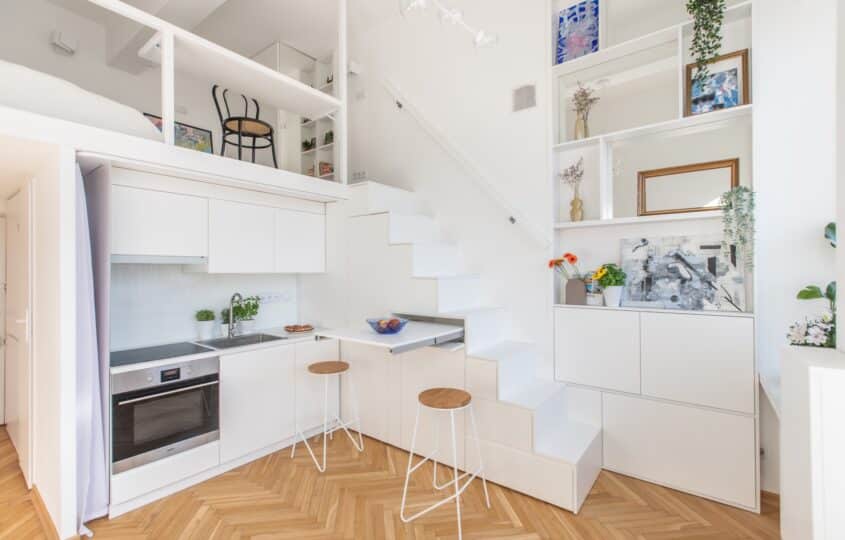 Set in a post war apartment block on one of the oldest streets of Warsaw, the bright and…