Located inside a former public housing block in the quiet but central neighborhood of Spaarndammer in Amsterdam, Tiny Loft is home to owner/architects Peter Canisius and Eline Degenaar of Studio Canisius Degenaar.

Spaarndammer is situated next to the city centre, it is quite isolated because of the surrounding train tracks; resulting in a calm atmosphere with a strong sense of community. The apartment block was built in 1916 and used to primarily be a social housing block; today it consists partly of social housing and partly of homes owned by private owners.

Canisius and Degenaar’s idea was to maximise spaciousness by keeping space and storage as compact as possible.

It was all about finding the perfect balance between a light, breathable, flowing space and compact fixed space.

When the architects first found the 50sqm apartment it had been totally stripped down into one big open space with the upper level a storage space and only accessible via an external staircase. There was a seperate kitchen and the bathroom was very small.

The biggest change to the floorplan was to connect the upper storage area to the apartment by means of an internal staircase. The storage area was converted into the bedroom.

The bathroom wall was shifted towards the new kitchen to make it more comfortable to use with living, sleeping, cooking and working areas now all situated close to window openings, making these spaces feel light and airy.

The kitchen was built in open space and included a combined dining room. This freed up space to transform the old kitchen space into an office.

The space between the living room and the kitchen is the heart of the apartment. There is a floor to ceiling wall of storage made from an oak veneer, with plenty of closed storage spaces as well as open spaces on the edges of the storage wall.

The main kitchen space is finished in black and is a great contrast against the oak veneer storage and the light coloured walls and floors. The upper storage has a light strip along the length of the wall to illuminate the counter space below.

A simple wooden dining table, which can seat up to six guests, is positioned along the 2nd balcony doors. It is lit by direct sunlight the whole afternoon and into the evening and acts as an extension to the dining room.

At NTS, we love the magic that happens when architects design small spaces for themselves. Canisius and Degenaar share a philosophy on small footprint design and what it means for society.

“In cities worldwide it is becoming increasingly difficult to find affordable housing for the younger generation. With the right tools we believe that even small and outdated apartments can be made suitable for young city dwellers. Usually the proportions of spaces in existing housing offer huge potential for an efficient layout. Crucial in that is the creation of one continuous space with the use of smart positioning of storage space as room dividers. If smart layouts and clean aesthetics are matched with an eye for detail, we think literally every space can offer generous living conditions on a small footprint.” 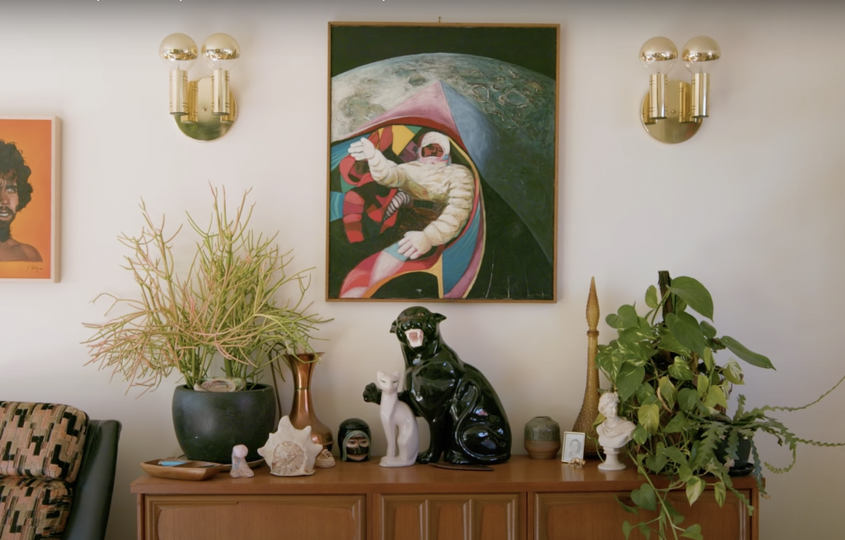 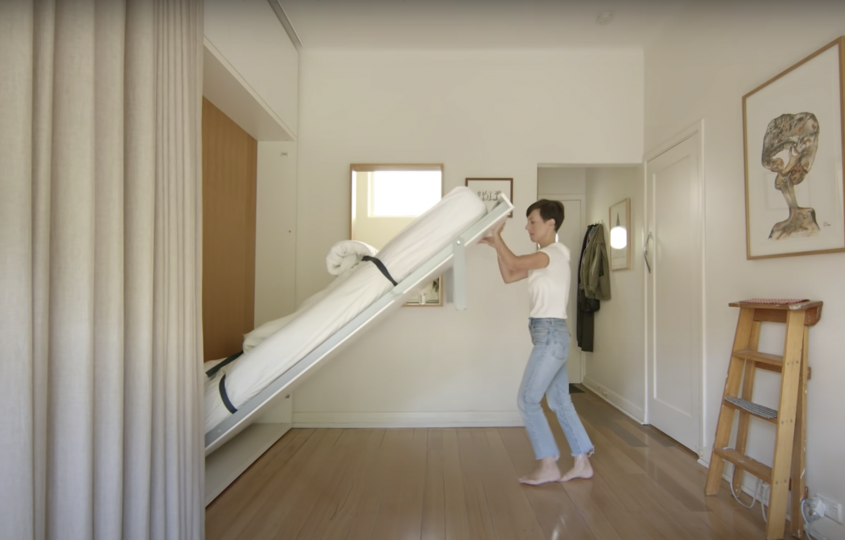 Once an uninhabited and dirty attic space, Villa Saint-Michel was transformed by Nicolas Bossard into a bright, compact…